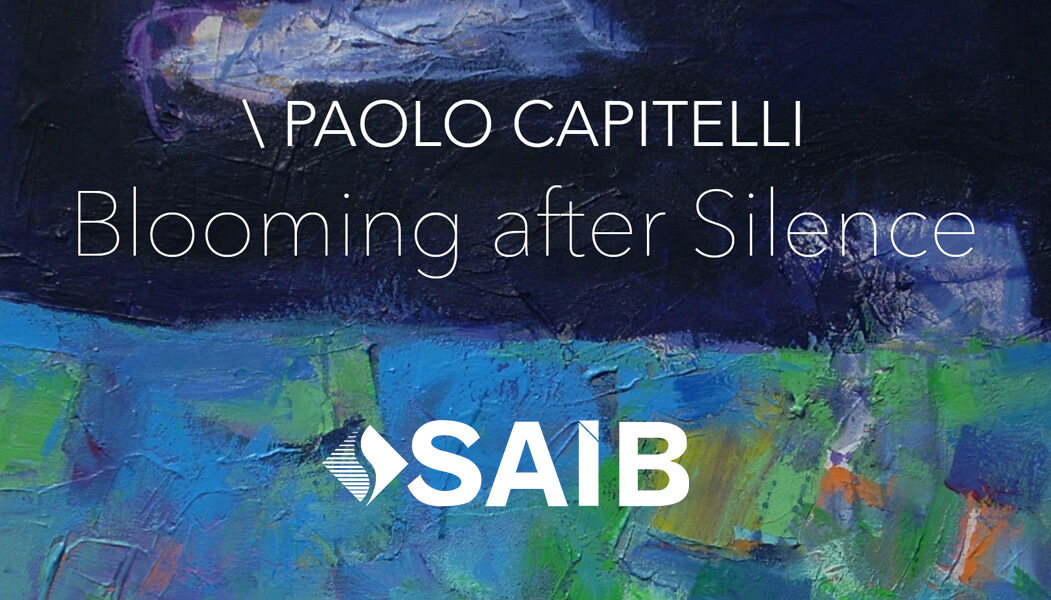 Colours are born from light
Isaac Newton first sensed that light was made up of colored rays with different refractive angles. In 1676 with a simple prism he demonstrated how the white light of the sun could be broken down into the colors of the spectrum. We can imagine his surprise when he discovered that the prism not only rerouted light but decomposed it into a set of colors, the same as the rainbow that humans had considered a prodigy for millennia.
Many centuries later, talking with a Professor, it seems that a very young Albert Einstein argued: Darkness does not exist. Darkness is actually the absence of light.
The absence of light is silence, absence of life, absence of nature. Light is colour and colours mark the completion of natural cycles and the return to life.
The colors that surround us are always a sign of rebirth, music that opposes silence, joy that overcomes sadness.
With the exhibition “Blooming after silence”. SAIB meets the painter Paolo Capitelli who makes reality a container of chromatic forces. Compositions in which there is no space but the feeling of space, there is no time but the sense of its flow, there is no nature but, thanks to the power of colors, its quintessence.
With this exhibition SAIB wants to give a message of rebirth and suggest a thought on the relationship between man, productive activities and the environment.
The exhibition is another step into the path of awareness of SAIB, a company that, while producing and developing new products and decorative sustainability, focuses on the regeneration of materials and the expressive force of colors and textures.
With this exhibition SAIB continues its union with the world of art and wants to express energy and dynamism.

The artist
Paolo Capitelli
Among the most active and motivated painters of the Piacenza context, Paolo Capitelli was born in Milan (1971), but for decades he has lived in Farini d’Olmo (Piacenza).
After the realist inspiration of his early years, he found in Informal an ideal language to express his creativity. His adherence to the Informal, both instinctive and thoughtful, allows him to elaborate intriguing and very personal synthesis.
In bold colors Capitelli magically blends nature, environment and interior urgencies.
Finally he investigated the religious dimension not forgetting the sign and symbolic universe.
His art has obtained considerable critical feedback thanks to exhibitions held in the most important spaces of Piacenza and in many Italian galleries.


This site or third-party tools used by this make use of cookies necessary for the operation and useful for the purposes outlined in the cookie policy.
If you want to learn more or opt out of all or some cookies, see the cookie policy. By accepting, clicking on a link or continuing navigation in any other way, you consent to the use of cookies.
Accept
More